Hamilton researchers discover simple blood test can predict heart injury and likelihood of death after non-cardiac surgery
Researchers at Hamilton Health Sciences’ Population Health Research Institute (PHRI) and McMaster University have determined that a simple blood test can predict and possibly prevent many of the deaths that occur after surgery.
The “VISION” study enrolled nearly 22,000 patients aged 45 years or older from 23 hospitals in 13 countries and found that approximately 18 per cent of them sustained heart damage within 30 days of non-cardiac surgery and that, without enhanced monitoring, the vast majority – as many as 93 per cent – of these complications will go undetected, potentially until it’s too late to intervene.
“The effects of surgery anywhere in the body create a perfect milieu for damage to heart tissue, including bleeding, blood clot formation, and long periods of inflammation,” saysDr. P.J. Devereaux, scientific leader of perioperative medicine at PHRI, director, division of cardiology at McMaster University and principal investigator for the VISION study. “In most cases, this damage occurs within the first 24 to 36 hours after surgery when patients usually receive narcotic painkillers that can mask symptoms of cardiac distress.” 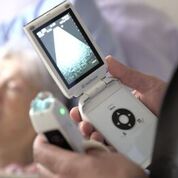 After surgery, study patients had a blood test for a protein called high-sensitivity troponin T, which is released into the bloodstream when injury to the heart occurs. Devereaux and his team discovered that patients with peak troponin T levels less than 5ng/L had only a 0.1 per cent risk of death within 30 days. By contrast, patients with peak troponin T levels between 20 and 64 ng/L had a 23 fold increased risk of death within 30 days than patients with lower troponin T measurements and a three percent absolute risk of 30-day mortality.
Moreover, patients with a peak high-sensitivity troponin T value between 65 to <1000 ng/L and ≥ 1000 ng/L had 30-day mortality rates of 9.1 and 29.6 per cent, respectively. Overall, the study found that 1.4 per cent of patients died within 30 days following non-cardiac surgery.
“One per cent seems like a small number, until you consider that about 200 million surgeries are performed each year around the world,” says Devereaux. “Where we’re letting patients down is in post-operative management. We now know that we need to become more involved in care and monitoring after surgery to ensure that patients at risk have the best chance for a good recovery. These discoveries have the potential to save lives.” June 18, 2019
Looking for Office Space, Funding, Prototyping and Networking? Look to The Forge. The Forge is the startup...

May 24, 2019
Hamilton Health Sciences Healthcare teams know that most people would rather be at home than in the hospital.

May 24, 2019
The global impact of DeGroote: MBA candidates use the Clinic to bring McMaster’s research to market Helping pre-term...

ABOUT US
Our newspaper special feature hits the GO Transit lines and showcases the City of Hamilton as a welcoming, innovative city to live and do business. ​ We tell the story of the people who live and work in the city of innovators. We touch on the access to outstanding education, a thriving business community, and skilled workforce. Editorial stories also highlight Hamilton's unique lifestyle, with a vibrant arts & culture scene and award-winning restaurants. We will let our readers know that the City of Hamilton offers the perfect place to start a business, raise a family and grow with the community
Contact us: info@perspective.ca
FOLLOW US
© © Perspective Marketing | ThinkHamilton.blog
Email: info@thinkhamilton.blog
Translate »